It's a big week in Fortnite. We're now in Week 9 of Season 8, and the crossover event with Avengers: Endgame has begun, giving players the opportunity to wield iconic weapons against Thanos and his Chitauri army. On top of that, there's a new batch of regular weekly challenges, which you'll want to complete if you're hoping to unlock all the cosmetics for this season.

As always, there are two sets of challenges. The free selection is available to all players, while the Battle Pass challenges are exclusively for those that have spent V-Bucks on a premium Battle Pass. You should know the drill by now: Complete challenges to unlock Battle Stars, which will in turn level up your pass and give you cosmetics to customize your character with.

This week, in the free section, players will need to complete a multi-stage challenge that involves landing in multiple locations, starting with Loot Lake. On top of that, they'll need to search seven chests at either Polar Peak or Lonely Lodge, and ride three Volcano Vents without ever landing.

For those with a paid Battle Pass, challenges involve dancing between specific landmarks, doing damage to enemies from below them, reviving a teammate using a Reboot Van, and taking out five enemies in different matches. You can see the complete list of challenges below.

Season 8 is starting to wind down now, which means there's not a lot of time left to complete challenges from previous weeks and get all the cosmetics in the Battle Pass. We've been keeping track of all the most difficult challenges and put together a comprehensive Fortnite Season 8 challenge guide. If you need to get Battle Stars fast, you can use that guide roundup to get the challenges done quickly.

The update that introduces the Avengers: Endgame crossover also makes some other tweaks and changes to the game, including how weapon swapping works. You can see everything that Epic Games has changed in its popular battle royale title in the full Fortnite update 8.50 patch notes.

Fortnite's Baller Vehicle Has Been Nerfed

Epic Games has nerfed Fortnite: Battle Royale's Baller vehicle. In a post on Reddit, the developer stated it has "deployed a hotfix reducing the health of The Baller from 300 to 200," meaning no title update is necessary for the change to take effect.

"In the 8.20 patch notes, we said we would add the ability to shoot through the glass of Ballers in a future update," Epic continued. "We've played with shooting through glass and it didn't feel like the right solution."

The Baller was first introduced last month, and allows players to ride around the map like a hamster in a wheel. Epic clearly felt the vehicle was overpowered, however, hence the reduction in health.

Fortnite has also introduced Reboot Vans that act much like Apex Legends' Respawn Beacons. The new feature is part of Fortnite's new 8.30 patch, which brings with it a number of bug fixes and a new LTM named Fly Explosives. For more, read Fortnite's 8.30 patch notes; alternatively, check out our guide to the Fortnite Buccaneer's Bounty challenges.

Epic Games has rolled out another new update for its hit battle royale title, Fortnite. Patch 8.30 is now live across all platforms, and while the update number might not suggest as much, this is a particularly significant event. Beyond a new limited-time event called Buccaneer's Bounty that's now live, this update introduces a new respawn mechanic that is now available in the game. Read on for a full breakdown of the patch notes.

Epic recently announced Reboot Vans, and they're now live. Similar to the respawn stations found in EA's rival battle royale game, Apex Legends, Reboot Vans allow you to revive fallen teammates during a match. We've got a full breakdown of how Apex and Fortnite respawns compare, but here are the basics of how they work: When a teammate dies, you'll need to collect their Reboot Card, which is dropped upon their elimination. Once a card has been collected, any member of the squad can bring it to the Reboot Van and respawn them, regardless of who actually picked it up. The vans can't be found in Solo matches, large-scale LTMs, or any mode that already has respawns enabled.

Notably, respawning in this manner doesn't leave you completely empty-handed, as in Apex. Instead, they'll come back with a Common-rarity pistol in ammo, 36 ammo, and 100 wood. After a Reboot Van is used, it goes on cooldown for two minutes. The vans can be found all over the map, including at each major point of interest.

The other big draw this week is the aforementioned Buccaneer's Bounty event, which runs until April 15. Throughout the event, Epic will feature a different limited-time mode to play every day. Treasure maps will also spawn a bit more frequently during matches, and there will be daily Buccaneer's Bounty challenges to complete and rewards to unlock for all players--no Battle Pass necessary. The first of these challenges is already available and asks you to visit pirate camps in different matches; you can consult our guide if you don't know where on the map to find those.

Also new following the update is the Fly Explosives LTM, which Epic says "combines the explosive fun of the High Explosives LTM with the Jetpack." In this mode, the only weapons you'll be able to find are explosives, and Jetpacks will occasionally spawn as Floor Loot. Beyond that, Epic has made numerous bug fixes and UI tweaks. You can read a portion of the patch notes for Battle Royale mode below; the full patch notes can be found on Epic's website.

Week 7's challenges are slated to arrive on Thursday, April 11, bringing players another step closer to unlock Season 8's Legendary Ruin skin. If you still have any outstanding challenges you need to complete in the meantime, you can find tips and guides for this season's trickier tasks in our full Season 8 challenges roundup.

Fortnite will soon gain a new limited-time mode, according to the in-game news feed. The Floor is Lava is coming soon to the battle royale game on PS4, Xbox One, PC, Nintendo Switch, and mobile.

Not much more is known about the LTM as yet. The mode's description states, "Get to high ground or build above the lava that's overtaking the island," while an attached label says the mode is "coming soon," but there's no more clues as to precisely when you'll be able to play it.

It's possible the mode will launch with the upcoming v8.20 update. The most recent update, v8.11, added the Flint-Knock Pistol, One Shot LTM, and more--here's hoping the next patch is similarly bountiful.

Fortnite recently hit another huge milestone in player numbers--the game has now amassed over 250 million players in total, with a record concurrent player count of 10.8 million. Elsewhere, Fortnite studio Epic announced at GDC that it's created a $100 million fund for developers that was made possible thanks to the success of its battle royale phenomenon. What's more, Epic announced that Quantic Dream's PlayStation-exclusive titles including Heavy Rain, Beyond: Two Souls, and Detroit: Become Human are coming to the Epic Games Store this year.

We're now in Fortnite Season 8, Week 4, which means there are new challenges to complete. By now, you should know how it goes: knock out these challenges and you'll unlock Battle Stars, which will level up your Battle Pass and grant you access to all manner of cosmetics that you can use to customise your character.

This week's Free challenges, which are available to everyone playing Fortnite, task players with using the Baller vehicle in five different matches, getting an elimination with a scoped weapon and a suppressed weapon, and then doing a five-part challenge that begins with landing at Tilted Towers.

If you've spent V-Bucks on a Battle Pass, you have an extra set of challenges waiting for you. These involve launching yourself through structures using the pirate cannon, searching for buried treasure, eliminating enemies at Happy Hamlet or Pleasant Park, and then doing another three-parter that begins by outlasting 60 other players in a match.

This week's challenges arrive hot on the heels of Fortnite's 8.11 update, which introduced yet another new weapon to the battle royale game: the Flint-Knock Pistol. The gun deals heavy damage at close range, but it has "significant damage falloff" at longer distances, and you need to go through a three-second reloading animation after every shot.

Along with the Flint-Knock Pistol, this week's Fortnite update reintroduced the Impulse Grenade to the game after it had previously been vaulted. It also marked the start of a new limited-time mode called One Shot, which features low gravity and restricts player health to just 50. You can read the full patch notes for update 8.11 here. For tips on all of this season's trickier challenges, be sure to check out our full Season 8 challenges guide.

The massively popular battle royale game Fortnite continues to grow. Epic Games announced at GDC 2019 this week that the title has now reached 250 million registered players, which is up from 200 million in December.

In terms of people actually playing the game, Epic also revealed that Fortnite reached a new concurrent player record of 10.8 million. That's up slightly from February when 10.7 million people logged on at the same time during the Marshmello in-game concert.

While Fortnite is one of the most popular games in recent history, it may still be behind Minecraft on one metric. Microsoft's sandbox game reportedly has 91 million monthly players, which is ahead of Fortnite's 78.3 million. However, these figures haven't been updated in some time, so it remains to seen if anything has changed.

Remarking on Fortnite's massive success, Epic boss Tim Sweeney told Engadget, "It's a real game. It's a shooter. It's worldwide. It's the first shooter with a huge female population. Somebody estimated it at roughly 35 percent, which is unprecedented--why isn't it 50?--but it's unprecedented for anything like this. It's because it brings together players in a social experience."

In other Fortnite-related news, Epic announced at GDC that it's created a $100 million fund for developers that was made possible thanks to the success of Fortnite. What's more, Epic announced that Quantic Dream's PlayStation-exclusive titles including Heavy Rain, Beyond: Two Souls, and Detroit: Become Human are coming to the Epic Games Store this year.

Fortnite's Newest Vehicle, The Baller, Disabled Temporarily [Update: It's Back]

Citing an unexpected technical issue, Epic Games has disabled Fortnite's latest vehicle, the Baller. The hamster ball-like vehicle went live recently with the 8.10 update, and sported a Boost and Grappler to let you swing around trees or climb cliffs.

In a tweet, Epic Games said it is investigating a stability issue surrounding the Baller and will issue a status update once it knows more. This could be related to an apparent exploit that allowed players to launch themselves high into the air. Until the issue is fixed, you'll just have to look elsewhere for your deadly hamster ball fix.

The Baller protected players from damage while inside the enclosure, but enemy fire could destroy the vehicle itself with its 300 health. It's fairly common for Fortnite updates to hit an unexpected issue and be temporarily disabled, as in the case of dynamite and guided missiles, among others.

The 8.10 update introduced a few other changes besides. Those included a change to the Vending Machines, which became free to activate, but self-destruct after a single use. Another significant change was to cross-play cross-play matchmaking. Nintendo Switch players were changed to the pool with mobile players, while Xbox One and PS4 players remained together in their pool. Players can still opt-in across platforms to play with their friends.

This is part of Fortnite's recently launched Season 8, which offers new battle pass cosmetics for completing challenges. Check out our challenge guide if you need a hand, or read up on how to take part in the High Stakes Challenge for additional rewards.

The BallerKeep the good times rolling! Combine your boost and grapple to perform unbelievable feats with the newest vehicle addition to Battle Royale! 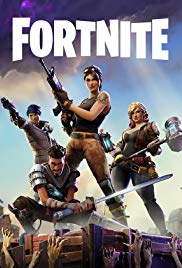