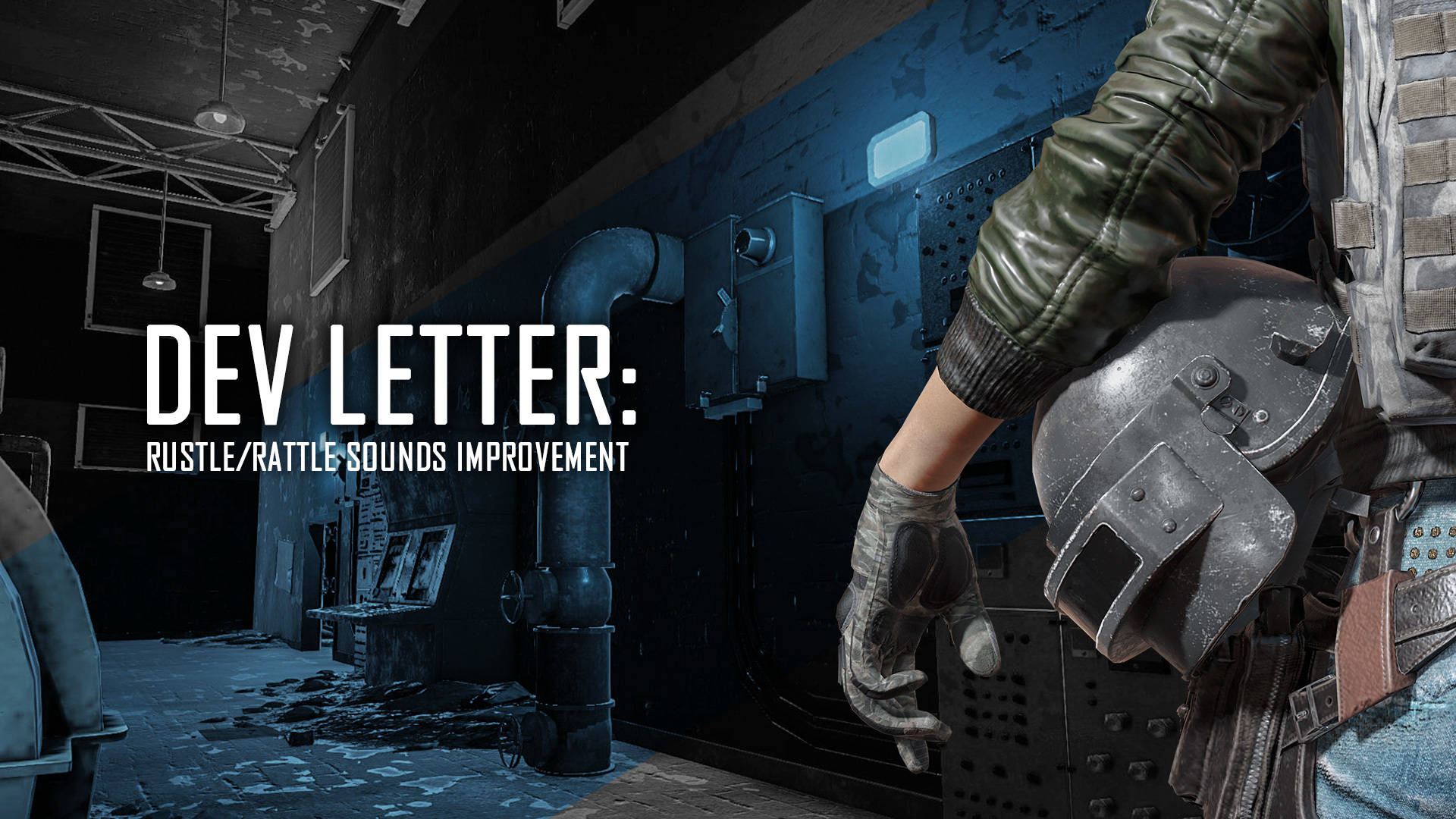 Among the updates to gameplay balance we released in the latest patch (Patch 27), we made an improvement to the sounds generated by a character's movement, which is a critical sound for gameplay. To provide detailed information on the Rustle/Rattle changes, we would like to explain the changes thoroughly and give some before and after examples.

Previous Character Movement Sounds
In order to continually improve realistic elements in PUBG, our DEV teams recently turned their focus to the sounds that are generated from character movement. Previously, when a character was sprinting at full speed, using the shift key, the character emitted a fixed amount of Rustle/Rattle sounds. The video below gives a good example of this.
https://www.youtube.com/watch?v=P1EORFyDGVg <Previous movement sounds while running with and without equipment>


As you can see from the video above, the character was still emitting rustling sounds in the early game, even before acquiring any equipment. There were cases where rustling sounds were not being emitted when walking and walking slowly.

To simulate these situations more realistically, we have modified the sounds to be more natural, while trying not to disturb gameplay as much as possible*. Weâ€™ve also worked on improving character movement sounds in general as part of these changes.

*From recent feedback from the test server, we have confirmed that the volume of the updated sounds were too loud, harming gameplay. We followed up on this with a hotfix last week.

Improved Character Movement Sounds
The general improvements weâ€™ve made to Rustle/Rattle sounds are below.

To better illustrate the changes, weâ€™ve prepared a few video examples with the above situations.
https://www.youtube.com/watch?v=dzcFrdCNA5s <When a character moves without any equipment>


As mentioned earlier, the goal here was to make character sounds a bit more realistic. This might seem like a relatively subtle change, but we believe sound is one of the most important elements in PUBG, so we wanted to make sure that everyone understood the changes we were making. These changes are part of Update 27, which is now on live servers. As always, weâ€™re looking forward to your feedback on this patch, and anything else we can do to improve the realism, quality, and balance of the game.