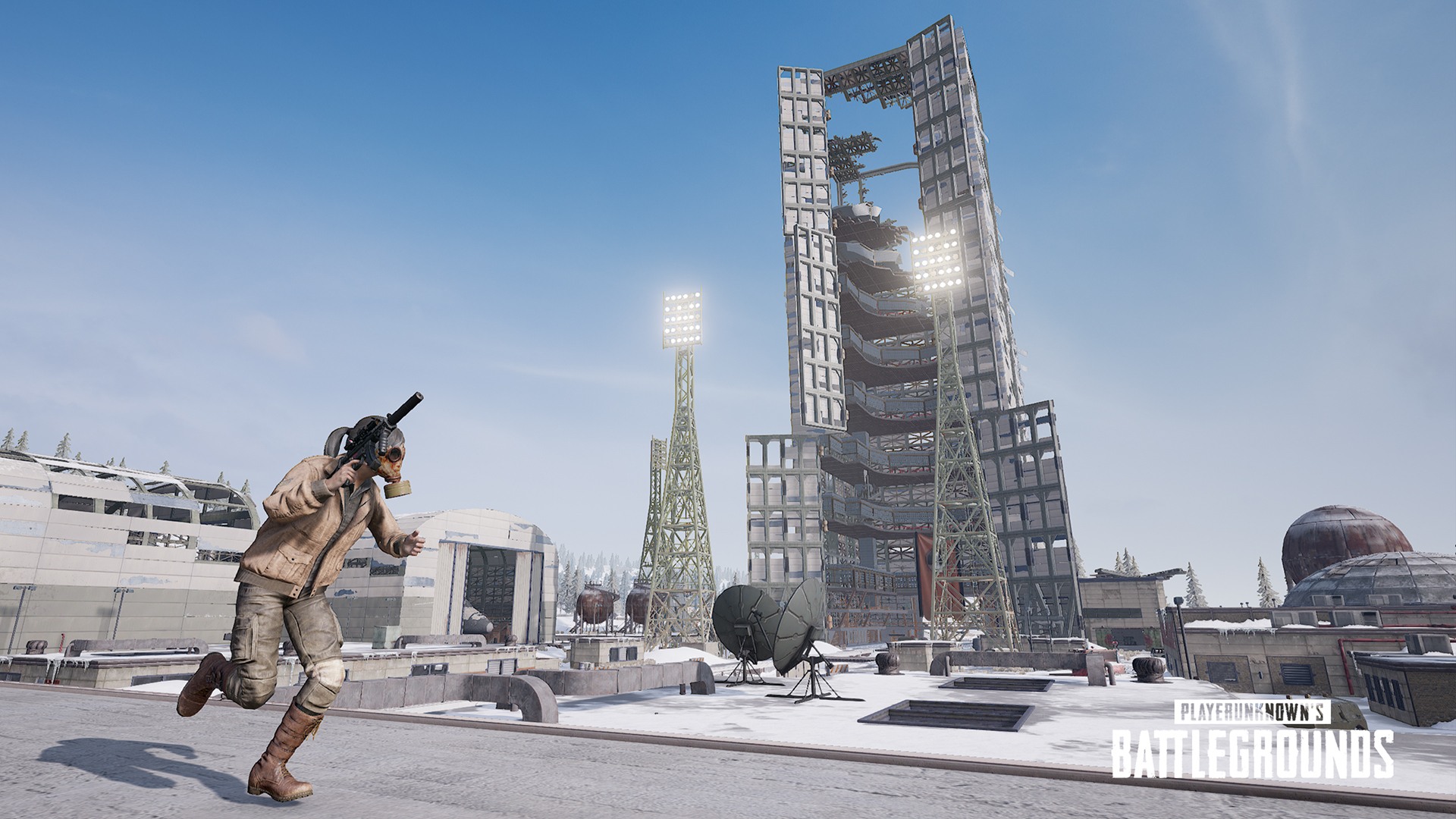 Update #27 is now on the PUBG: Test Server and is scheduled to hit Live Servers next week. Weâ€™ll keep you updated and make an announcement once itâ€™s live!

First off, this update brings the brand new Survivor Pass 3: Wild Card! With up to 60 rewards available. In celebration of the PUBG 2 year anniversary, weâ€™ll also be adding a free 2 YEAR ANNIVERSARY CAP to the store. Lots of changes included in this update, many of which were thanks in huge part to great player feedback.

Major changes have been made to the Flare Gun, including quality of life improvements. Weâ€™ve added the new MP5K SMG to Vikendi, bumped up the loot on Erangel, made lots of changes to weapon balance, including making the M16A4 stronger, and also reduced aim punch. We havenâ€™t forgotten bug fixes and weâ€™ve got plenty listed below!

Read on for more detail and to see all the changes. 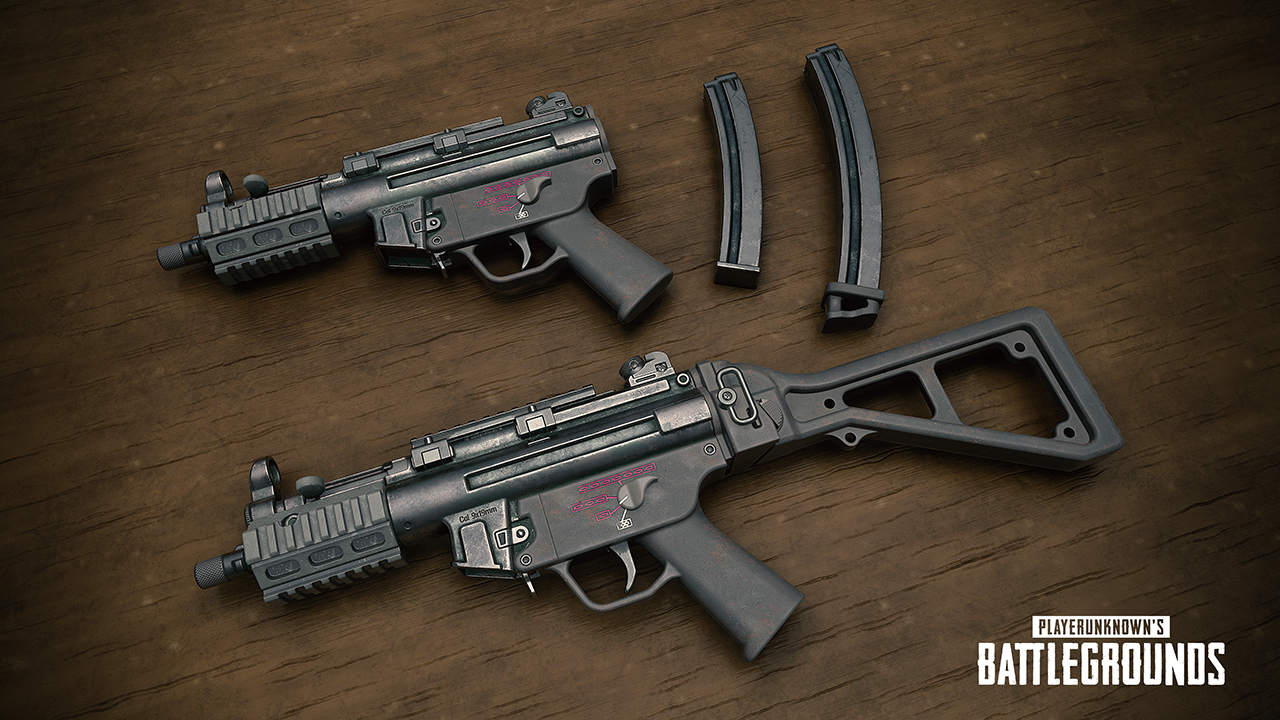 The MP5K is a brand new sub-machine gun chambered for 9mm ammunition. MP5K is exclusive to Vikendi and replaces the Vector on that map.

While the firing mechanics of the MP5K are similar to those of the Vector, it boasts a higher per bullet damage, but with a lower overall firing rate and DPS. This SMG also has a higher magazine capacity than the Vector, starting at 30 rounds by default with 40 rounds in an extended magazine.

Key characteristics of the MP5K: 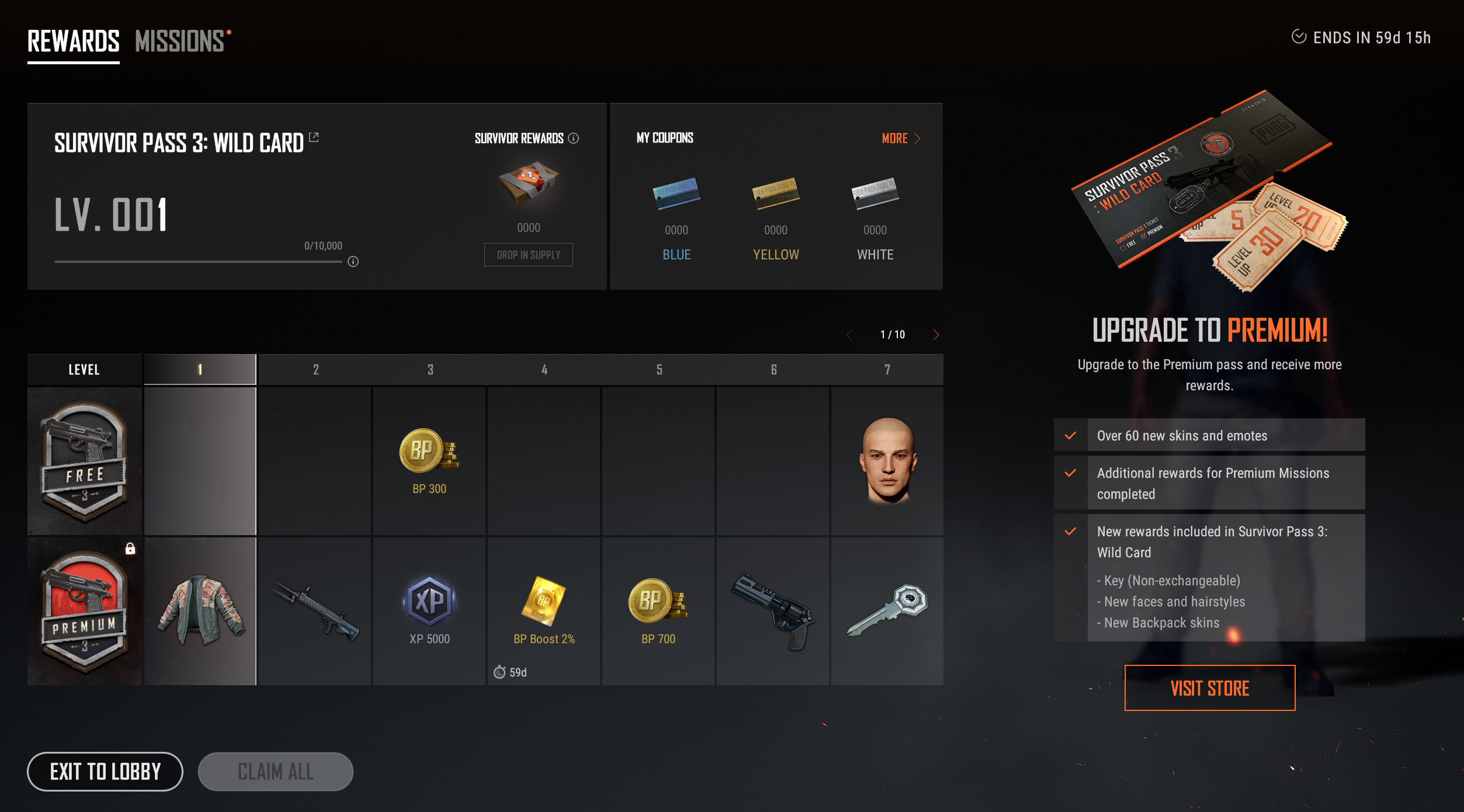 â€˜Survivor Pass 3: Wild Cardâ€™ will soon begin and includes over 60 rewards which can be obtained within the 10 week pass duration. The new pass will include improved missions which will test players skills, an in-game feature which will provide tracking of missions in real-time and even new background music and lobby. 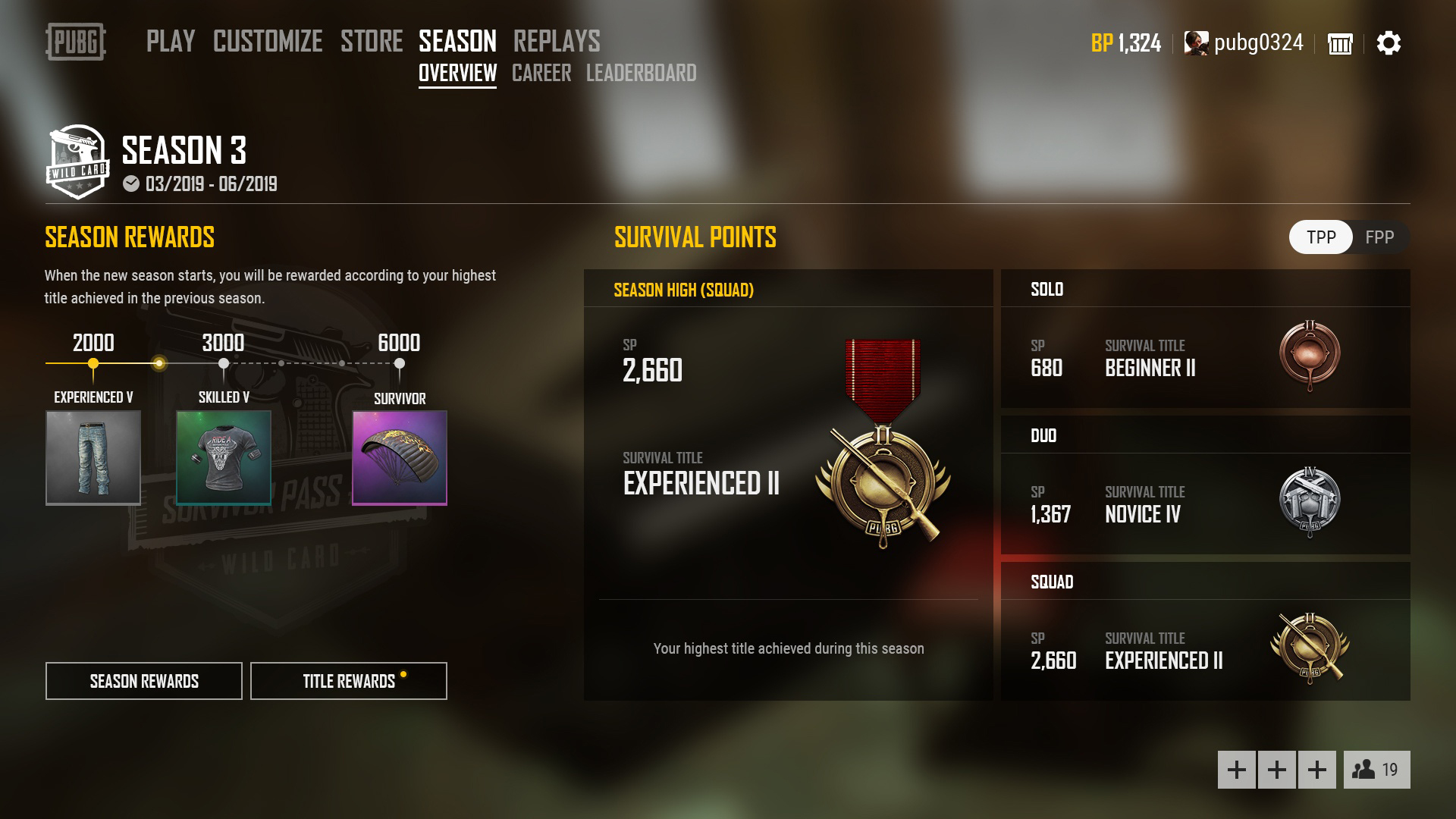 We have gathered valuable feedback from our players during Survival Title System Beta Season 2 and are launching Season 3 with some changes, including making it easier to gain points and granting coupons as you progress through the titles.

We will continue to iterate on and improve this system moving forward.

The overall item spawn rates on Erangel have been increased. Additionally, weâ€™ve increased the spawn rate of some major weapon classes. Please jump in and try the changes and let us know your feedback!

Due to item changes this patch, including merging some attachments together, there is naturally a gap left in spawns which needs to be filled with other items. Because of this, we have increased the spawn rate of other items evenly. This will also result in a small increase in spawns of high priority items such as ARs, meds etc.

This also means the overall loot for other maps has also increased slightly, although no changes have been made to individual item spawn ratios on other maps.

We have reviewed lots of player feedback on the Flare Gun since itâ€™s release and are making the following changes: 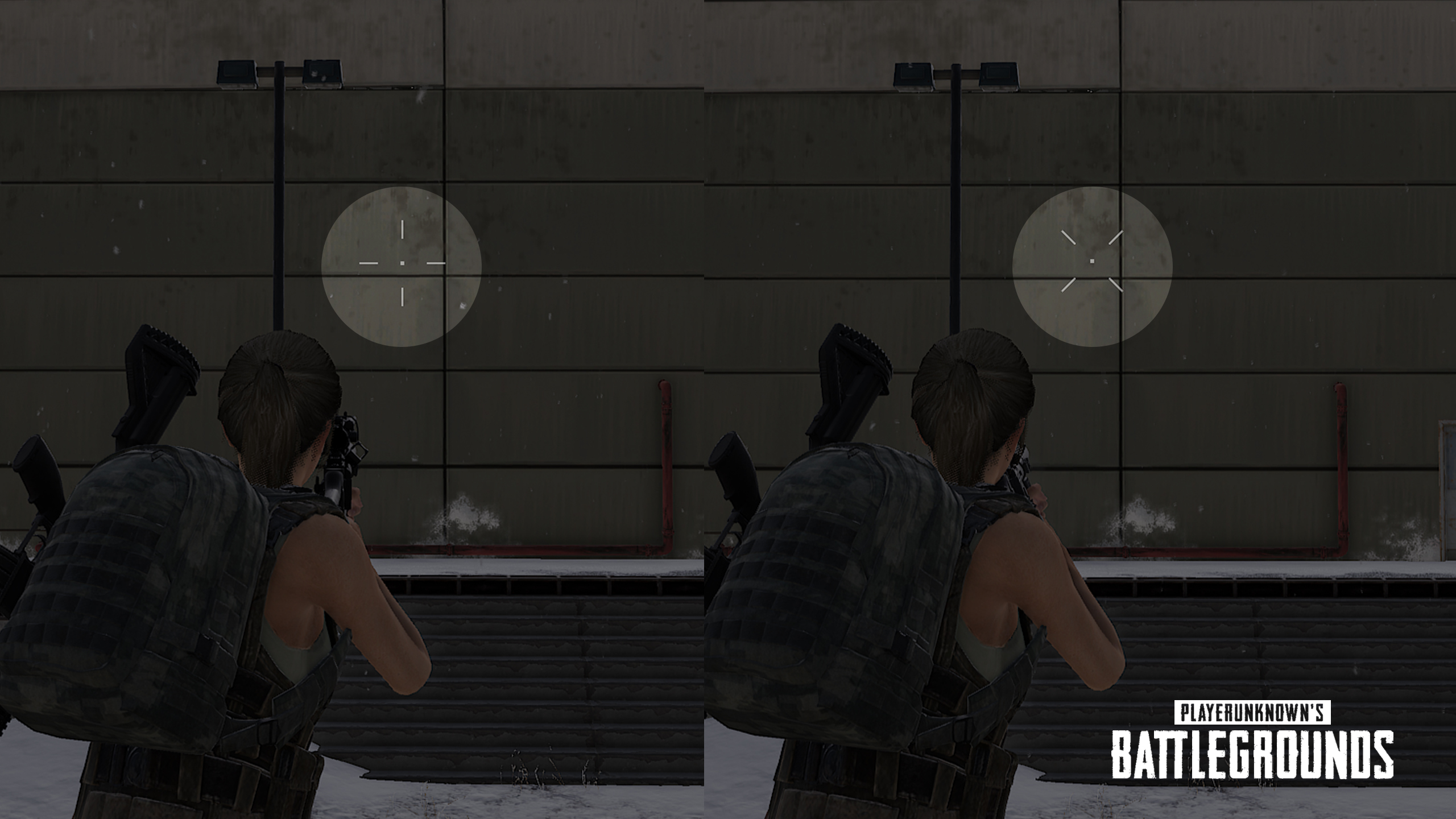 We are happy the announce that the Irish language is now supported in-game thanks to voluntary localization from players and communities. We sincerely thank the players for their enthusiasm.